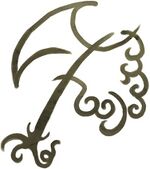 The Lumber Consortium is a company which has a monopoly on the hardwood and darkwood lumber industry in the country of Andoran. A remnant of the past when Andoran existed as a Chelish holding, the Lumber Consortium has seen its wealth and influence decline with the coming of democracy. Nonetheless, the Lumber Consortium continues to exert great pressure on smaller and weaker regions and communities, particularly in the less developed areas of the nation. The Consortium's major logging operation occurs in and around Darkmoon Vale, and as such, this is where their continued power is most noticeable. read more