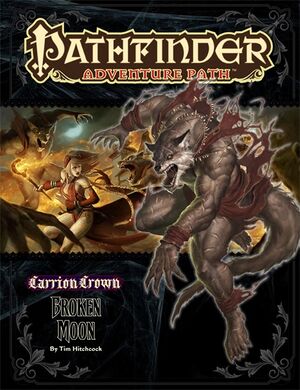 On the eve of GenCon 2010, Paizo has announced their product lineup through June 2011 including the eighth Pathfinder Adventure Path, two new Pathfinder Tales novels, and another Pathfinder Roleplaying Game hardcover rulebook.

In the flagship Pathfinder Adventure Path line, the Carrion Crown adventure path will take PCs from 1st to 15th level as they traverse the gothic horror setting of Ustalav. Authors include Michael Kortes, Richard Pett, Tim Hitchcock, Greg A. Vaughan, Neil Spicer, and Jason Bulmahn. Paizo Managing Editor F. Wesley Schneider will contribute six chapters of fiction as part of the Pathfinder's Journal. Iconic horrors PCs will face as they follow the AP include vampires, werewolves, liches, Lovecraftian terrors from beyond the stars, ghosts, and even the famed flesh golem known as the Beast of Lepidstadt. Look for the AP to launch in February with Haunting of Harrowstone! 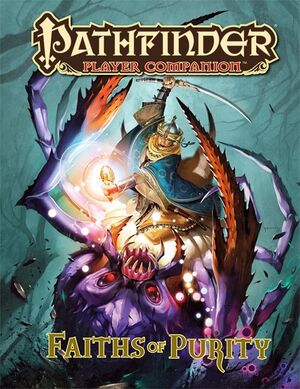 Faiths of Purity explores the good religions of Golarion.

For players, the spoiler-free Pathfinder Player Companion line promises two books on playing religious characters of good or neutral deities and a racial guide on the humans who call the setting home. Faiths of Purity and Faiths of Balance present new options for players of all classes (not just divine casters) to express their faith in deities of good and neutral alignments, including new combat, magic, social, and faith traits as well as detailed roles adventurers of all types play in their church. 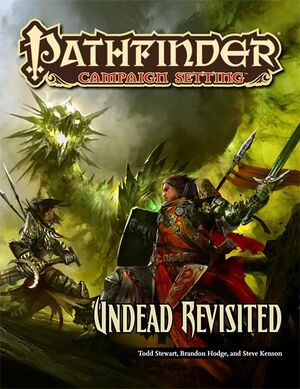 GMs will find the Pathfinder Campaign Setting line helpful in expanding the world of Golarion and augmenting their ongoing campaigns. With such products as the Ustalav guidebook Rule of Fear and Undead Revisited should prove incredibly useful to those running Carrion Crown, while GMs of more generic adventures will no doubt get new ideas from Dungeons of Golarion and Pathfinder Society Field Guide. Following the pattern of the popular NPC Guide, the upcoming Rival Guide will present several complete parties of rival adventurers to use as allies, foes, or pregenerated characters.

In the Pathfinder Modules line, fan-favorite author Mike Shel (whose "Mud Sorcerer's Tomb" remains one of the most popular Dungeon adventure in the magazine's long run) will pen a new adventure for 14th-level PCs entitled Tomb of the Iron Medusa. Meanwhile, fiction fans will find Howard Andrew Jones's Plague of Shadows and Robin Laws's The Worldwound Gambit should quench their apetite for great stories set in the world of Golarion. 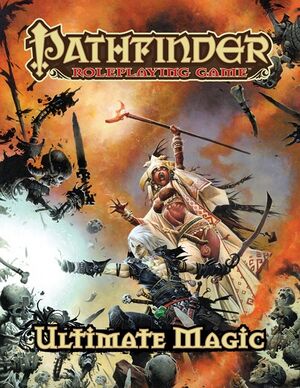 Finally, the Pathfinder Roleplaying Game line continues with a 256-page, hardcover, setting-neutral volume all about magic entitled Ultimate Magic. Not only will this be packed with new spells, magic items, feats, and alternate class features, it will present a new base class, the magic-wielding melee fighter—the magus! Also present in this volume will be alternate systems of magic including a power-word based system.

With all these exciting new books on the horizon, be sure to check back frequently to see more news regarding their release and contents and stop in to contribute as you're able once they're out.