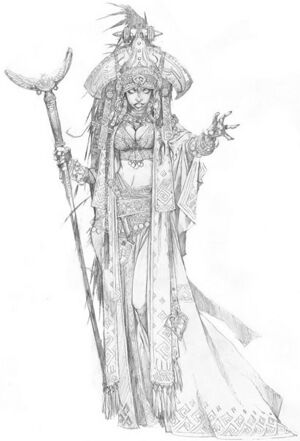 A preview of the forthcoming oracle iconic

Paizo today released the first of three playtest documents for the six new classes in next August's Advanced Player's Guide, kicking off a three month playtest period. The seventeen-page pdf (which can be found here contains the cavalier and oracle classes as well as the first glimpse of the new iconic artwork that has been commissioned from Wayne Reynolds. These classes will be playtested for two weeks before the second wave is released (including the witch and summoner) which will in turn be followed by the final release (featuring the inquisitor and alchemist) two weeks later. Be sure to download your copy of the playtest document for free and participate in the next wave of Pathfinder Roleplaying Game content!