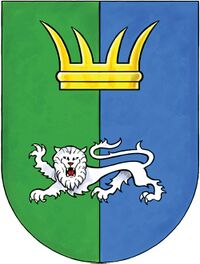 The Dragon Plague (3660–3672 AR) was a period of intense attacks by dragons in northern Taldor brought about when a failed attempt to use an Orb of Dragonkind drove Taldor's metallic dragons into a frenzy of destructive rage.[1][2]

The Krearis Prefecture was the most severely affected by the Dragon Plague. The region is characterized by greatly varied terrain and environments, including rolling plains, peat swamps, the woodlands of the Verduran Forest, and the peaks and foothills of the World's Edge Mountains; as such, it was home to a great variety of dragon species and individual dragons, leaving the area especially vulnerable to their sudden attacks.[3]

One of the long-term effects of the Plague was its contribution to the end of Taldan dominance of Avistan, as the costs of repairing the damage it caused to the Taldan heartlands proved to be a source of frustration and discontent among the empire's outer holdings.[1]

Following the end Dragon Plague and the deaths of most of the metallic dragons involved, chromatic dragons from across Avistan flocked to Taldor to take advantage of the power vacuum from the recent absence of their metallic rivals; this, in turn, led to a century of bloody conflict between the chromatic dragons and the local humans, contributing to legacy of dragonslaying still present in Taldan culture.[1]