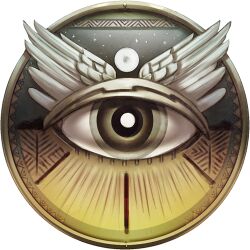 The History and Future of Humanity is the god Aroden's holy text. Since the death of Aroden and the demise of his faith, the text may now be found in some churches of Iomedae; presumably the best places for finding it being in those churches of the Inheritor that were once Aroden's temples. It may also be found in private collections.[1]

The book has many sections:[2]

Passages of this sacred text, along with numerous carvings depicting the twelve guises of Aroden, are carved into the Pilgrim's Cave, a large cavern in the foothills of the Kortos Mounts. The carvings are thought to be centuries old, yet still contain a faint echo of the dead god's power.[3]