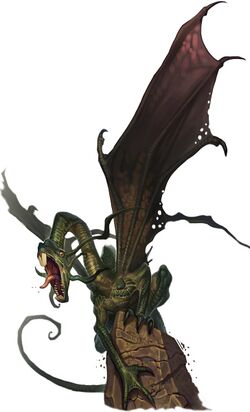 The Tane are the most feared creatures of the First World. They were created by the Eldest to serve as living weapons during a long ago period of war.

They were apparently capable of crushing entire cities underfoot, but are now found only in myths and legends. However, they are all too real, and could be unleashed once more if their masters were provoked sufficiently.[1]