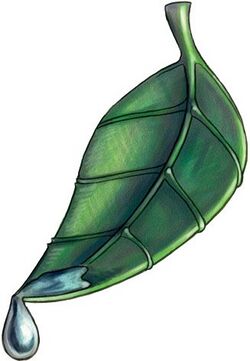 The holy symbol of Gozreh.

The House of the Infinite Strata is a temple of Gozreh in the city of Armun Kelisk, the political and religious capital of djinn society in the Plane of Air, and is the greatest temple in the entire city.[1] The temple is made from magically frozen and shaped storm clouds[2] and is one of the more popular temples in the city.[3] It boasts an open-air design with a statue of Gozreh at its heart, showing the towering god emerging from a pool of water and piercing several layers of cloud. Whipping winds often fill the House of the Infinite Strata, sometimes even forming storm clouds that release bolts of lightning. The temple is led by Athlikern, a sylph cleric.[1]