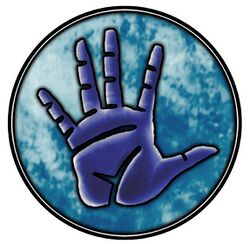 The Irorium is an enormous open-air coliseum located in Absalom's Foreign Quarter that showcases non-lethal gladiatorial combat, mock sea-battles, religious festivals, and many other types of events and is the largest arena in the Inner Sea region.[1][2]

The arena is operated by a "Master of Blades" who administrates the staff to collect fees, organise events, and generally oversee the running of the Irorium. The current Master of Blades is Ganfen of House Kethlin, a shrewd businessman who has the support of a large number of gladiators.[3]

Gladiators are very popular in Absalom, with a fair number reaching celebrity status within the city. The ex-champion Torman Iates retired from the arena some years ago and became the proprietor of the local bar called the Crimson Coin as well as a council member for the Foreign Quarter.[4]

The Irorium began as a vast training ground for followers of the deity Irori who sought to practise their art of physical performance with one another. These activities became very popular with outsiders, creating a spectator sport. Stands were built first, designed to house the gamblers and observers. This led to the primarch at the time ordering the construction of the arena. Although the followers of Irori complained, they were eventually placated with the promise of a temple and the opportunity to test their mettle against exotic beasts from the wilderness.[5]

A huge stone structure, with 200-foot high outer walls and a 10-acre central stage, the Irorium is surrounded by 33 stone statues of famous warriors and masters of Irori's faith. Each stand 150 feet tall, facing outwards. The entire structure is located at the top of a large hill.

The Irorium has five public entrances, a main gate, and four side gates. A sixth gate is reserved for actors, arena workers, and other performers. There are four seating levels, plus a 15-foot railing surrounding the arena at the top level (which provides only a pitiful view of the events below). At the bottom level, field seats are closest to the ring, and are reserved for wealthy and important patrons. The second level, called the Mezzanine, has a slight overhang and is favoured by upper and middle class patrons. The next level, the Terrace, consists of stone bleachers carved into the Irorium structure and proves a decent view of events below. It usually costs a few silver for a seat. The highest seating level is the grandstand, and consists of rickety wooden seats. Seating here is very cheap, usually only a few copper and is sometimes even free. These levels are connected by several sets of stairs.[6]

Unknown to most, the followers of Irori no longer use the arena to practise their art. Only the vaulted chambers under the arena, connected to the original temple to Irori, are still used by faithful warriors who still practice the old ways. These followers understand that the rowdy bouts above them makes for a useful distraction for casual gawkers who would not understand the difference between brawling and the pursuit of physical perfection.[5]

Multiple battles are held in the Irorium every day, ranging from official duels to carnage-filled battles involving exotic beasts, and some of its gladiators are among Absalom's most well-known celebrities. Occasionally, more official events also occur in the arena at certain times.Cite error: Closing </ref> missing for <ref> tag

The Irorium is also the location of the annual celebration of the city's first military victory and its freedom (specifically from the Warlord Voradni Voon and his unsuccessful siege in 23 AR). This celebration is known as the Passion of the First Siege of Absalom, and consists of mock battles performed in grand scale. The celebration of 4710 AR was tainted by a sudden attack by black dragons and goblin mercenaries. The assault was a planned takeover by agents of the Shadow Lodge, a splinter group of the Pathfinder Society.[7]