Psychopomps, or reapers, are monitors native to the Outer Sphere plane called the Boneyard serving their mistress Pharasma, Lady of Graves, as the 'civil service' of the business of death. In various ways, such as guarding, processing, and scribing, they dutifully ensure Pharasma's processing of the souls of the dead is accurately done. Like their mistress, psychopomps revile the undead as a perversion of the natural course of death that they uphold as sacred.[1]

Most psychopomps, except shokis and viduuses, wear masks that conceal their faces, in order to separate individuals from their previous life but still honouring their culture. Their presence is rarely noticed by the living, who reflexively turn their gaze away from death unless it comes for them.[2]

Psychopomps, except vanths, are normally formed from the souls of the neutral dead, and often retain quite a bit of individuality derived from the soul's previous existence. Most begin their new lives as nosois and earn promotion for service.[2][3]

In order to ensure the fair and even shaping of the Outer Planes, psychopomps focus on maintaining the proper procession of the River of Souls: they work with aeons to defend the Antipode, which connects the Maelstrom with the Positive Energy Plane; protect proto-souls from those that would try to harness them; oversee the transition of souls from life to afterlife; and stomp out disruptions that they find.[4]

Although their task demands frequent travel to the Material Plane, psychopomps lack the ability to move between planes, and instead maintain the Dead Roads, a network of passages which connect the Boneyard with the living world.[2] 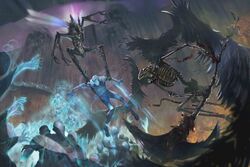 A vanth psychopomp fights a wihsaak sahkil to protect the souls of the dead.

The majority of psychopomps reside in the Boneyard. Organised in a convoluted bureaucracy, they facilitate the constant procession and categorisation of the dead, either by overseeing the soul input and output, aiding councillors and administrators, or serving as judges. The Eight Courts and Pharasma's Court bustle with psychopomps coming and going. As the dead can arrive everywhere in the Boneyard, psychopomps are granted territories to patronise and where they greet new arrivals. The most powerful ones can change their domains with a thought or move them with some effort. Most psychopomps also maintain residences in the Cumae, a network of tunnels within Pharasma's Spire beneath the Boneyard.[4][2]

A few psychopomps operate outside of the Boneyard, correcting bureaucratic errors, policing the River of Souls, guiding lost souls back on their path, and investigating disruptions to the Boneyard's work, whether they be undead, daemons, sahkils, night hags, or soul traders.[4] 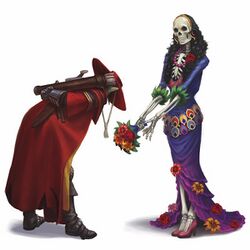 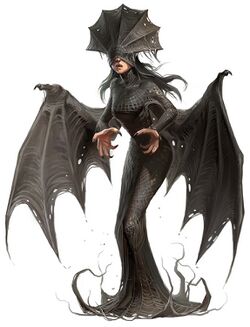 Psychopomps unquestionably obey the orders of their mistress Pharasma; to a degree, all of them are extensions of her will. However, she rarely applies her influence directly and her words are often vaguely defined, leading to psychopomps debating their interpretations and acting divergently, sometimes directly against each other.[4]

Psychopomps see the dead as their responsibility and a potential source of infinite problems; the faster and more orderly a soul is judged, the better. To them, the living have two roles (to live and to die), and, except for those that significantly disrupt the River of Souls, psychopomps have little interest in interacting with mortals; to them, heroes and villains are all the same. In order to ensure the proper transition from life to death, psychopomps oppose the undead and usually destroy any undead encountered during missions; cases where a psychopomp can be convinced to work alongside undead are rare and always temporary. However, most undead have no fear of psychopomp retribution, and for their part, psychopomps prefer to wait for the undead to decay and decompose according to their usual tendency, and are generally unconcerned with any undead threat of less than multiversal significance. Outside of Pharasma herself, psychopomps hold no reverence for deities—who can die and be judged in the Boneyard like mortals—and are not interested in philosophical debates with the faithful. Even the psychopomp ushers are not exempt: as most of them were once normal psychopomps, their colleagues respect them but never let them forget who they once were.[4][5]

Psychopomps adhere to strict duties but are given considerable liberty in executing these duties. They delight in the malleability of the mortal soul and are endlessly curious about mortals, developing interests and hobbies in addition to their service.[2]

On the Material Plane, psychopomps most often collect dead souls; coax the powerful, stubborn, or emotional ones to move on; free those trapped by evil magic; or hunt undead. Against mortals that seek immortality, they prefer to indirectly ensure their death by assisting their foes instead of directly killing them. Sometimes, they try to warn of or avert unnatural disasters, which can cause the River of Souls to flood: souls wash up on the Astral Plane and create more work for psychopomps once they arrive in the Boneyard. At other times, they mislead those who would develop magic or science that offset death, as too few deaths will bore them and leave them to work mischief in the Boneyard. Regardless, psychopomps usually take pride in their assignments.[2]

Due to their role in providing petitioners to all Outer Planes, most other outsiders respect them as neutrals and avoid interfering with their job; daemons and qlippoth are two notable exceptions, and actively oppose psychopomps. Psychopomps oppose sahkils only because of their interference with the River of Souls, not because they were originally traitorous psychopomps.[5][6]

Psychopomps frequently work with and against proteans, whose influence induces changes in souls, but who also view the Boneyard as anathema to the sublime chaos that should consume creation. They often ally with maruts, who hunt those who try to cheat death, but other inevitables view their judgements as too imprecise, and chaotic souls should be destroyed in Axis instead. Psychopomps accept the maintenance that aeons do but also view them as rivals for some reason. They are assisted by other outsiders who fell from their alignment and sought asylum in the Boneyard, who provide insights and talents that psychopomps lack.[2]

Psychopomps are frequently allies of fey (commonly atomies, danthiennes, fauns, fossegrims, gremlins, kelpies, norns, and pookas), whom they view as neutral third parties who lie entirely outside of the River of Souls and thus have no conflict of interest with them. For their part, many fey are fascinated by the concept of death, and see an opportunity to dabble in this concept without committing to it by working with psychopomps. It is said that the wild hunt rides for Pharasma under the lunar eclipse in exchange for the ability to transform dead mortals into members of the wild hunt.[2] 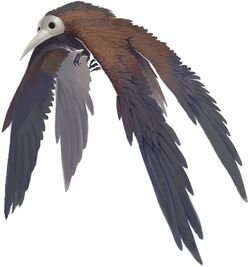 Psychopomps are not well-known on the Material Plane and rarely summoned, usually by those who seek to extend their lives a bit or bring a loved one to life, but these tasks can only be done by the greatest psychopomps. Lesser ones might adopt clever, cruel tactics to respond to these summons.[2] 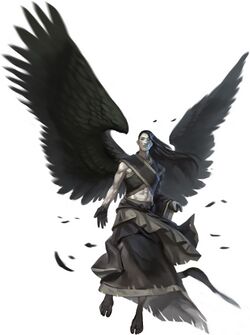 There are numerous classes of psychopomp, each performing different duties for Pharasma. They include:[1]

Powerful psychopomps ascend to the level of psychopomp usher: unique and potentially independent psychopomps with the power of a demigod.[20]

Paizo published a major article about psychopomps in The Twilight Child 68ff.