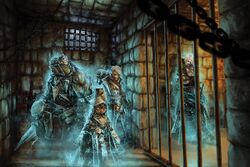 Calling works similarly to teleportation bringing objects and animals from another plane to the caster's plane. See Summoning below.[1]

A creation spell brings into existence a new creature or object, permanently or temporarily.[1]

A healing effect restores a creature's body, sometimes by removing diseases or other debilitating and unseen effects.[1][2]

For the summoner class, see Summoner.

For creatures, most conjuration takes one of two forms: summoning and calling. Most summoned creatures are drawn to the caster for a fixed period of time and return to their home plane when destroyed in their summoned plane. Most called creatures permanently occupy the plane into which they are conjured, and persist until destroyed.[1][3]

Teleportation effects allow you to instantaneously move from one point in space to another. Teleportation is different from normal movement.[1][4] 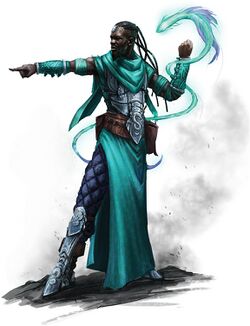