A rising power on the shores of Lake Encarthan, Molthune (pronounced mole-THOON)[1] desperately wants to be an empire whose power rivals those of the great nations of the Inner Sea region. At the moment it is a nation whose ambition outstrips its abilities, but with new incentives encouraging immigration and enlistment in the national army, this may not be the case for long.

Molthune is ruled over by an Imperial Governor (currently Markwin Teldas) who has, ever since the country achieved independence, been selected from the Molthuni Imperial Army. Below the Imperial Governor are nine General Lords who each tend to certain areas of the country. These generals are in charge of deciding on the new Imperial Governor—normally when the previous one dies, as it is a position held for life. The absolute rule of the military may not be popular with some but, despite what their critics say, each General Lord is an efficient statesman, and they are far better suited to running the ongoing hostilities with Nirmathas and managing the territorial ambitions of Molthune than civilian governors would be.[2]

The provinces or territories of Molthune 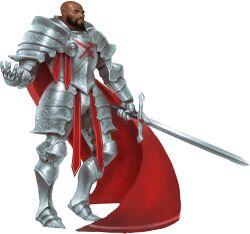 A captain of the Imperial Army.

There are nine provinces, or territories, into which Molthune is currently divided; each province is ruled over by one of the general lords in their role as a territorial governor. The first province, Canorate, contains the capital and its environs and is ruled by the imperial governor. The other eight provinces are: Backar; Duskshroud; Marideth, commonly referred to today as "the Border"; Menador; Mindspin; The Plains; Shrikewood; and Umbral Basin. Originally, before Nirmathas broke away, two more provinces existed in Molthune: Fangwood and Bloodsworn Vale.[3]

As a highly expansionist nation, Molthune seeks to become a major player in the Inner Sea. Molthune cannot consider any neighboring power as an ally due to its aggressive belligerence but only Nirmathas is considered weak enough to be a target of conquest.[4] 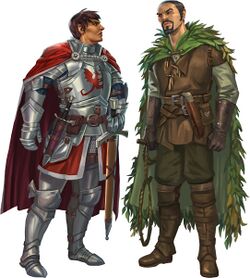 A Molthuni soldier and a Nirmathi ranger confront each other. 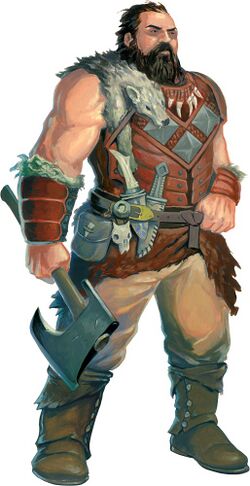 A Molthuni commander disguised as a common bandit in Nirmathas.

Molthune was first incorporated as part of the empire of Cheliax in 4305 AR by King Haliad III during the Wars of Expansion,[5] but the history of Molthune as a free nation, like many others, begins with the death of Aroden and Cheliax's subsequent decline. Before Molthune achieved independence in 4632 AR,[5] it was merely a distant province of the Chelaxian empire.

When the various factions within Cheliax began to splinter, Molthune, under Governor Kellon, was quick to take advantage and declared itself independent, later inspiring Andoran and Galt to follow their example. Unfortunately, shortly after they seceded from Cheliax, Molthune itself fractured further. The rebellious folk who dwelt in and around the Fangwood in northern Molthune had long chafed under the repressive rule of Cheliax and longed for freedom.[6] They rejoiced when Molthune turned its back on its oppressors, but within a few short years they realised that this had changed nothing except where they sent their tithes. So in 4648 AR, the people of northern Molthune began their violent rebellion, starting a conflict called the Freedom War in north and the Northern Rebellion in the south.[5] Within seven short years, the rebels had won and the nation of Nirmathas was born.[6][7]

The founding of Nirmathas was not the end to hostilities between these two nations: it just heralded a new direction for the conflict. Ever since Nirmathas's founding, Molthune has been trying desperately to get it back. The most recent Imperial Governor, Markwin Teldas, has instituted many new policies with the suspected aim of an invasion of Nirmathas.[6]

In 4706 AR, Imperial Governor Teldas declared the Pathfinder Society an enemy of the state in Molthune after the Society opened a Pathfinder lodge in the Nirmathi capital. However, many Pathfinders still sneak into Molthune to explore the country's ruins and other mysterious locales.[8]

In 4710 AR, several remote villages in Molthune were destroyed by fire and lightning following reports of a massive blue dragon flying north from Garund.[5]

Molthune lies in central Avistan on the shores of Lake Encarthan, nestled between some of the most powerful nations on the continent. In some respects, this is an ideal location for an aspiring superpower—in others, it is not. To its east, Molthune is bordered by Druma, an unassailable merchant nation that is too valuable a trading partner to invade. To the south and west, separated by the Menador Mountains, lies Cheliax and Nidal respectively, an unholy alliance of shadow-touched priests and Hell-spawned devils. Neither country is viable for Molthune's territorial ambitions, as Cheliax, despite the loss of much of its empire, is still one of the most powerful nations of the Inner Sea region and Nidal is one of its closest allies. To the north lies Nirmathas, which is the focus of Molthune's imperialist aggression.[9][6] 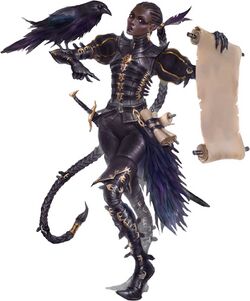 Molthune is primarily a nation of Chelaxian humans divided by a rigid class system that separates the people into imperial citizens and labourers. Imperial citizens generally live in the cities and larger towns like Canorate and Eranmas and, for the most part, live lives of wealth and privilege. They are allowed to trade with foreigners, move freely around Molthune, and participate in local government. Labourers have access to none of these privileges, acting as indentured servants who labour in the farms and forests of rural Molthune.

Beneath both castes are slaves; however, their ownership is strictly regulated and Molthune is one of the better nations in which a slave might live. Slaves can, in fact, free themselves of their servitude to become full citizens with proper legal education. Although the process is lengthy, the fact that it exists at all means that slaves have more of a future in Molthune than in most other slave-holding nations.[2] Although it is not forbidden for slaves to carry weapons openly in Molthune, it is an unusual sight.[10]

Governor Teldas has recently proclaimed that any labourer that serves five years in Molthune's armies can become an imperial citizen, helping to swell the army's ranks. This declaration is naturally quite unpopular with the country's ruling class, but is seen as a necessity by Teldas, who feels that Molthune needs more citizens in order to fully take advantage of its great wealth of natural resources. The army also accepts foreign and monstrous soldiers including hobgoblins, centaurs, and lycanthropes.[2]

In addition to humans, Molthune has a sizeable minority of halflings. Like their kin in Cheliax, Molthuni halflings are mostly slaves, but Molthune's independence has made it much easier for them to win their freedom, either through years of hard work or military service. Free Molthuni halflings are often found as rural labourers.[11] Canorate has a large halfling population; their nimbleness makes them valuable artisans in the city's towering spires.[12]

Outside Molthune's cities, savage creatures roam the wildlands. Untamed fey inhabit the Backar Forest[2] (a popular destination for Pathfinders sneaking into the country),[8] while the Shrikewood is home to marauding mites, kobolds, and ogres.[13] Grimspawn tieflings, those whose bloodline has been tainted by the blood of daemons somewhere in the ancestry, are known to be drawn to the war-torn border between Molthune and Nirmathas.[14]