Sivanah[1] (pronounced siv-AHN-ah)[2] is the patron goddess of illusion magic, tricksters, and those who keep secrets. She is also known as the "Seventh Veil", a name taken from the clothing she is most often depicted wearing. Her holy symbol is a circle made of six dull-colored veils tied end-to-end.[3][4]

Sivanah's true form is disguised behind her seven veils, each of which is tied to a race: (human, elf, halfling, gnome, aranea, and naga). Her true form is said to be that of a member of a seventh, unknown race, but she always appears as female. She can appear as any of these races while wearing the appropriate veil.[3]

Sivanah's ultimate goals are only known to the goddess. This concealment might be a reason why her faith has not grown more.[4]

The goddess communicates with her faithful through mirrors, reflections in water, and sometimes even through their own shadows.[3]

The goddess makes her home in the most unlikely of places: the Maelstrom. Sivanah's Realm is extremely difficult to find, appearing in no fixed place, yet can always be recognized by its abundance of mirrored surfaces. Sivanah protects her realm in this way from the native proteans, who bear her much ill will. The exact origin behind this conflict is not known, although there are many speculations, including that Sivanah once stole something from them, or that she once was a keketar, risen demon, or fallen azata.[5] 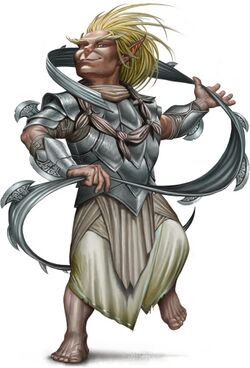 The worship of Sivanah is popular in the countries of Nex, Irrisen, and in the cities of Katapesh, while it is strictly prohibited in Nidal, due to a ban by the country's clerics of Zon-Kuthon. She is also widely worshiped among the illusionists and gnomes of Golarion, who appreciate her devotion to their favorite school of magic.[3][6] Devout illusionists who follow her have been known to be able to mimic divine healing magic by use of their shadow conjuration spells.[7]

Worshipers of the goddess celebrate a general holiday called Seven Veils, on either 7[8] or 23[9] Neth, as one of their most sacred of days. What rituals the church of Sivanah performs on this date, however, are unknown to outsiders, for the cult enjoys its secrets. This secrecy has, unsurprisingly, given rise to all manner of sinister rumours, yet when Seven Veils rolls around each year, its eager participants are quick to set aside rumour in preference for the night's fun and games.[10] The festivities include comic performances, jokes, illusions,[8] and multi-racial masquerade balls.[9]